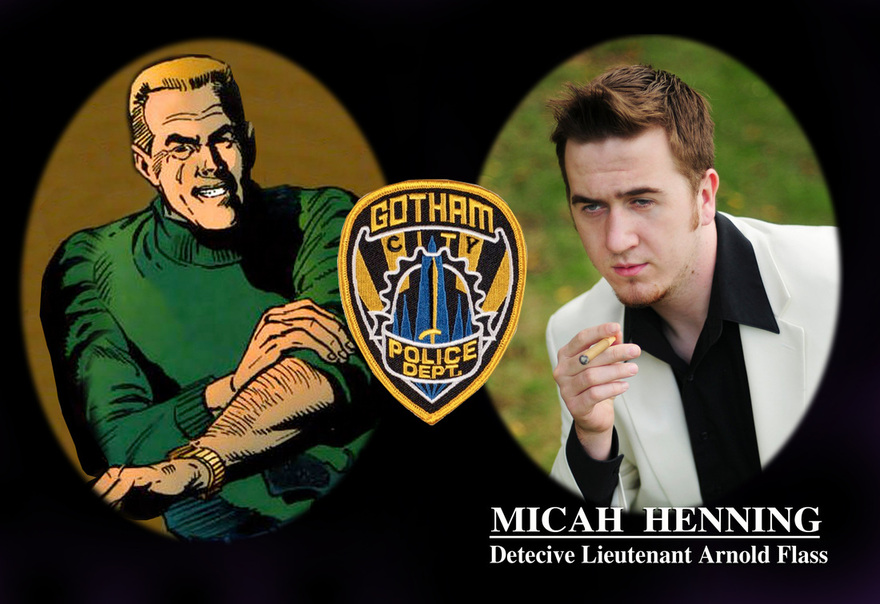 This talented young man began his formal dramatic training at Atlantic Cape Community College in Mays Landing, New Jersey, at the age of ten.  Relocating to Emmaus, Pennsylvania, he attended Emmaus High School, where he took classes in drama and communications, and appeared as a featured stage performer in both musicals and plays.

New York City next beckoned Micah.  He furthered his education at The American Musical and Dramatic Academy, where he immersed himself in a two-year intensive training program for studio students.  A move to Florida necessitated a brief interruption in his studies at AMDA, but he remained active on stage nevertheless.   Appearances in two regional theater productions, “Charlotte’s Web,” and “A Christmas Carol the Musical”, were added to his resume during his residency in the sunshine state.  Six months later, Mr. Henning returned to New York City and completed his education in October of 2012.

After graduation, Micah became a member of The Complete Theater Company, appearing first in “The Complete One Act Festival”.  He then performed in two one- act plays in the roles of “Francois” and “Man”.  Impressed with Mr. Henning’s work in the One-Act Festival, one of the event’s Directors offered him a supporting role in an outdoor stage production he was producing and directing.

Several short films have featured the talents of Micah Henning as well.  He has appeared in leading and supporting roles in the independent titles “Separate Entities,” “If I Died,” and “Normal Life.”

As a well-rounded artist of several disciplines, Mr. Henning’s list of accomplishments is quite extensive.  From his stint as an Assistant Stage Manager for a production of “Hamlet”… to his college proficiency as a Camera Operator during the school’s various productions… to his musical work as a founding member of an emerging folk duo… Micah’s work has been seen, heard and enjoyed by many.

Most recently, Mr. Henning auditioned for Playwright / Director Roberto Williams for a very small role in his upcoming stage production, “Fathers of the Dark Knight.”  During his audition, Micah’s humor, wit, and talent for vocal mimicry and dialect so thoroughly impressed Williams, that the director was inspired to make an unusual decision:  He awarded Micah the “meaty” role of disgraced Gotham City Lieutenant Arnold Flass… a role that the playwright has since re-written so as to more prominently feature the talents of Mr. Henning!

Micah Henning is happy to be working with such a hard working, caring, and professional team of people.  He cannot wait to dive right in and get the ball rolling!