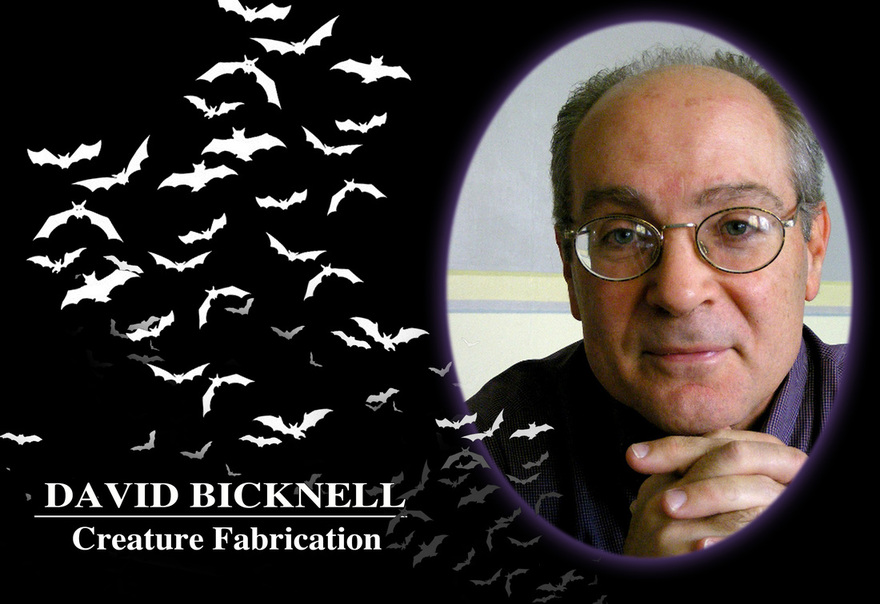 Mr. David Bicknell was born and resides in Ann Arbor, MI.  After graduating with a degree in Fine Arts at Eastern Michigan University with a concentration in oil painting,  he worked at The Ann Arbor News for 24 years, primarily in community relations, handling graphic design duties and a host of other tasks.

Since 1992, David's big hobby has been his HALLOWEEN CELEBRATIONS, with a now-legendary annual costume party that features his hand-crafted creature creations which have become increasingly more elaborate as the years go by! 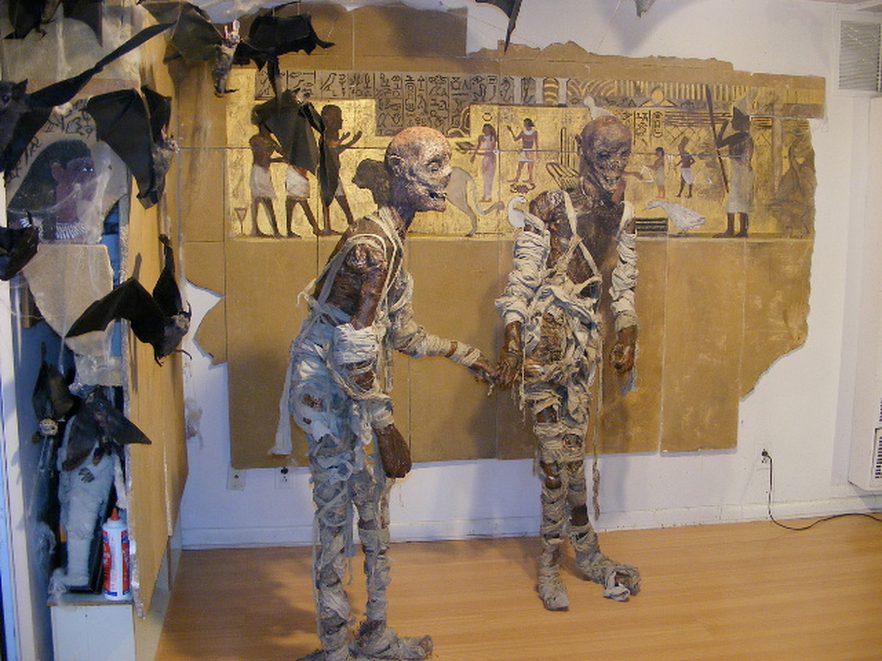 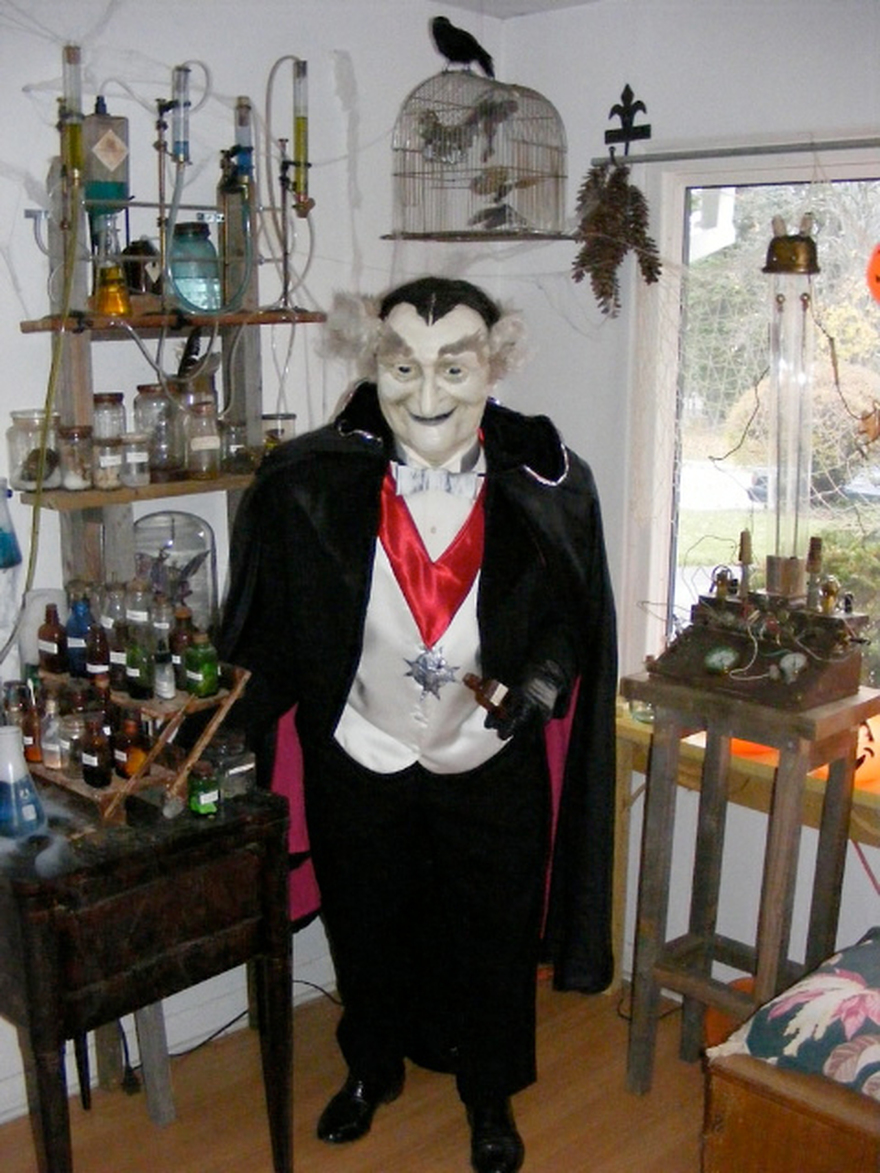 Here we have another of Mr. Bicknell's incredible creations:  Grandpa Munster and his laboratory. David considers this one a lot of fun, and a major project. Like most projects, he had to hunt down many of the pieces, and he used an assortment of collected odds and ends that eventually came in handy for this creation. Grandpa's head was fabricated with reupholstery batting and a mixture of Mod-Podge and Weldbond adhesive. 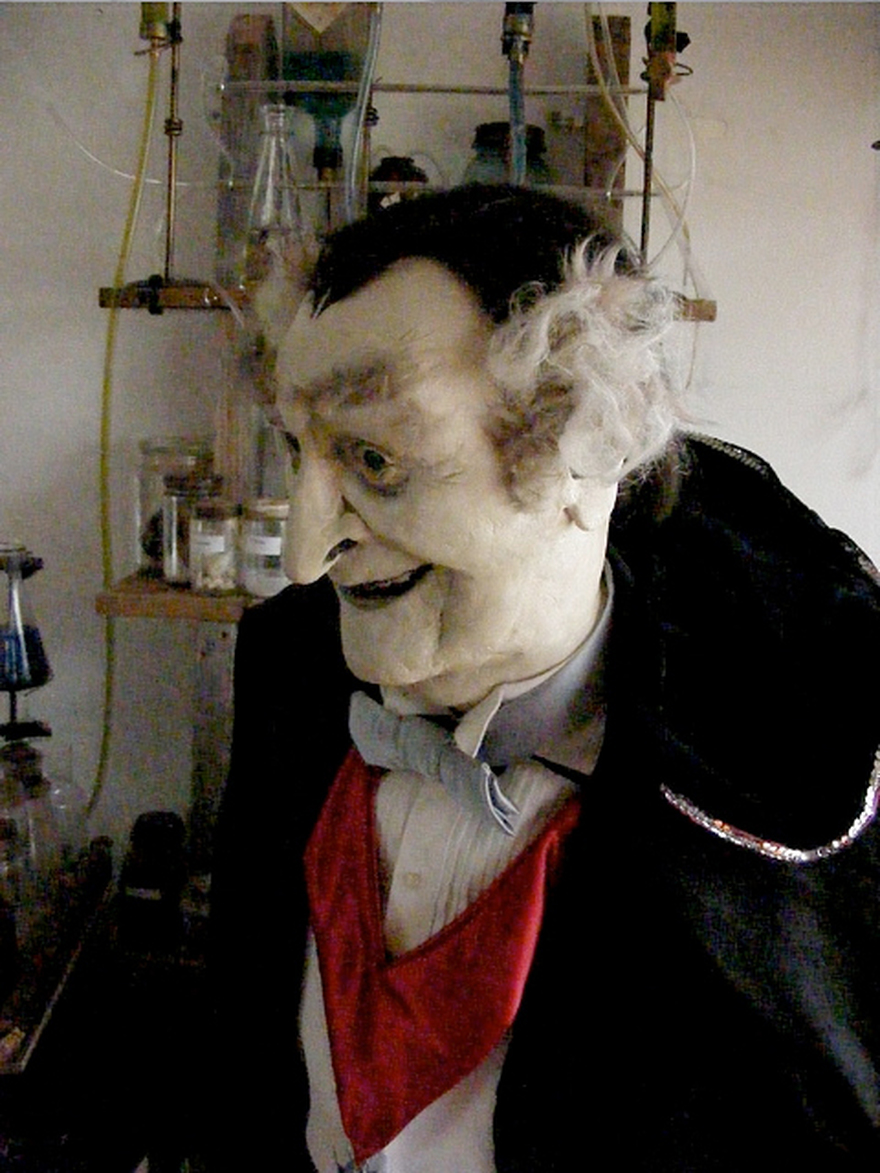 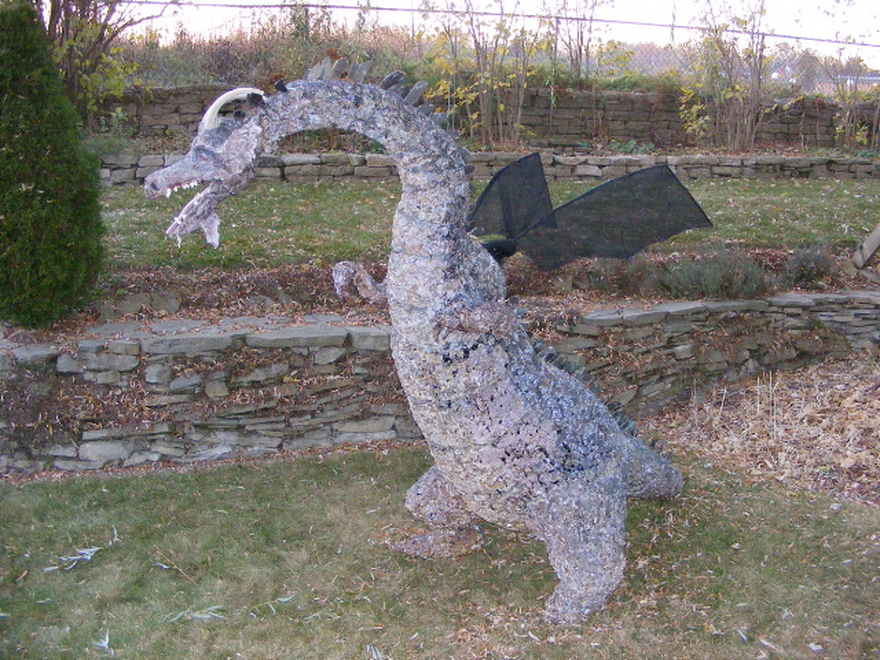 Mr. Bicknell's Dragon stands 8 feet tall and was made with a roll and a half of chicken-wire and about 14 cans of expanding gap filler!  David enjoys the challenge of trying to figure out the ways to build his projects and the materials that are to be employed in their construction.  Afterward, he takes great pride in his ingenuity and craftsmanship!  This enormous beast was a real crowd-pleaser for one of David's many Halloween celebrations! 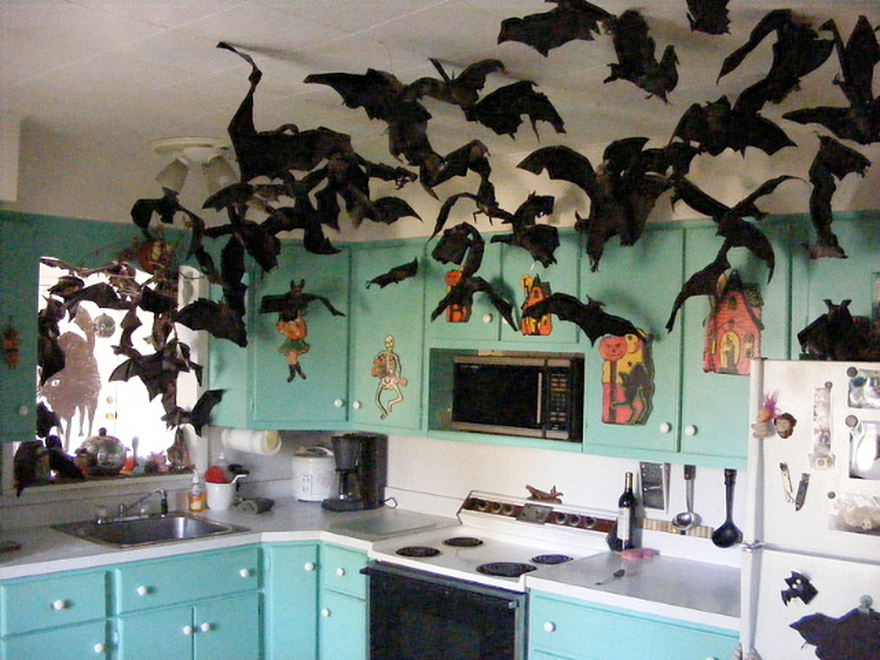 When David Bicknell began hosting his Halloween parties, he thought he would make ten BATS a year, eventually having a great big display. Here, now, is a swarm in his kitchen of approximately 200 bats!  The Bats have become more sophisticated over the years.  Initially, the creatures were fabricated as just tar paper, folded origami-style. Over the years, David has added felt and fur and has worked on their expressions to give them a lot more character and stunning realism!